Hurricane Wilma occurred between 15 and 25 October 2005. Maximum sustained winds were estimated to be near 105 kt (category 3 intensity) when landfall of the center occurred in southwestern Florida near Cape Romano. The southeastern Florida peninsula experienced at least category 1 hurricane conditions, and that some parts of northern Miami-Dade County, Broward, and Palm Beach Counties likely had category 2 hurricane conditions. Storm surges of 4 to 5 feet were observed over much of the lower and middle Florida Keys, locally to near 7 feet. There was a total of 5 fatalities in the United States with about $20.6 billion property damage [NOAA, 2006]1. 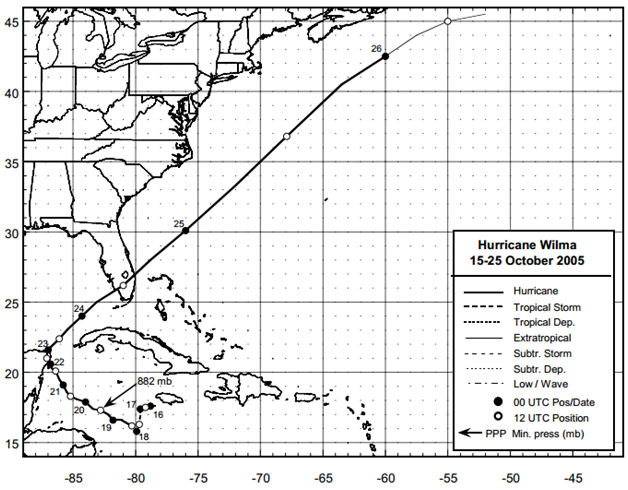