Hurricane Dolly occurred between 20 and 25 July 2008. It made landfall as a category 1 hurricane in southern Texas. Hurricane Dolly caused some significant wind and flood damage. Inundation up to 4 feet above ground level was observed along portions of Texas coast. Maximum sustained winds up to 83 knots were recorded during this Hurricane in the United States. There was a total of just one fatality in the United States with about $525 million property damage [NOAA, 2009]1. 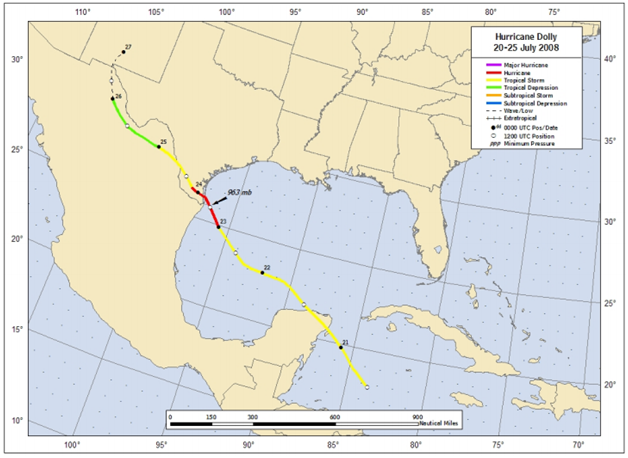