Hurricane Charley occurred between 9 and 14 August 2004. Hurricane Charley strengthened rapidly just before striking the southwestern coast of Florida as a Category 4 hurricane. Charley was the strongest hurricane to hit the United States since Andrew in 1992 and, although small in size, it caused catastrophic wind damage in Charlotte County, Florida. Serious damage occurred well inland over the Florida peninsula. Inundation up to 4.2 feet above ground level was observed along portions of Florida coast. Maximum sustained winds up to 78 knots were recorded during this Hurricane in the United States. There was a total of 10 fatalities in the United States with about $7.4 billion property damage [NOAA, 2004]1. 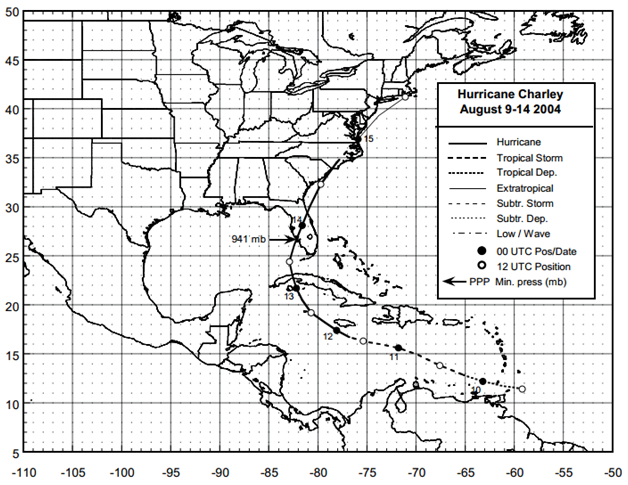