Hurricane Katrina occurred between 23 and 30 August 2005. It first caused fatalities and damage in southern Florida as a category 1 hurricane. After reaching category 5 intensity over the central Gulf of Mexico, Katrina weakened to category 3 before making landfall on the northern Gulf coast. It was the costliest and one of the five deadliest hurricanes to ever strike the United States. Inundation up to 24-28 feet above ground level was observed along large portions of the Mississippi, Louisiana, Alabama, and Florida coast. The strongest sustained wind measured from a fixed location at the surface was 76 knots. There was a total of 1833 fatalities in the United States with about $108 billion property damage [NOAA, 2005]1. 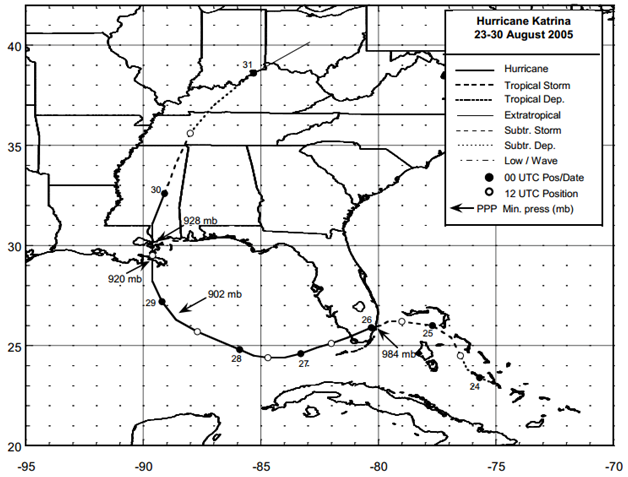