Hurricane Isaac occurred between 21 August and 1 September 2012. It became a category 1 hurricane a few hours before making landfall in southeastern Louisiana. Hurricane Isaac caused extensive storm surge and inland flooding over southern Mississippi and southeastern Louisiana. Inundation up to 13.5 feet above ground level was observed along large portions of the Louisiana, Mississippi, Alabama and Florida coast. Maximum sustained winds up to 75 knots were recorded during this Hurricane in the United States. There was a total of 5 fatalities in the United States with about $2.35 billion property damage [NOAA, 2013]1. 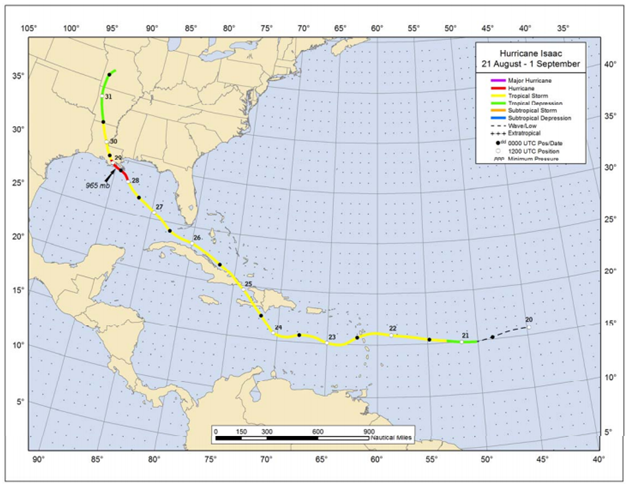