Hurricane Jeanne occurred between 13 and 28 September 2004. It hit the central Florida east coast as a category three hurricane. Storm surge flooding of up to 6 feet above normal tides likely occurred along the Florida east coast from the vicinity of Melbourne southward to Ft. Pierce. Maximum sustained winds up to 79 knots were recorded during this Hurricane in the United States. There was a total of 4 fatalities in the United States with about $3.44 billion property damage [NOAA, 2005]1. 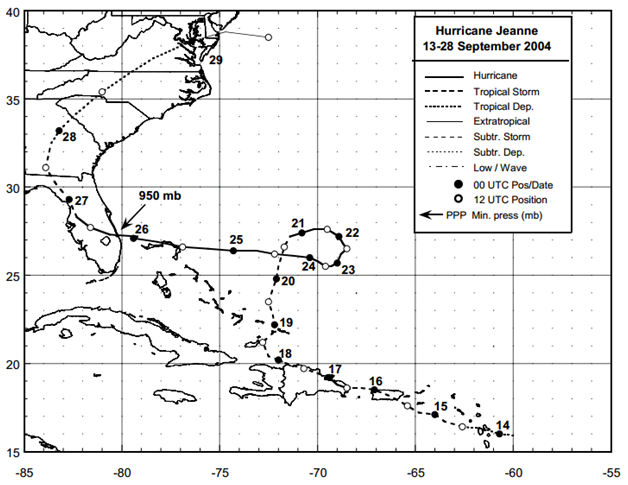