Hurricane Sandy occurred between 22 and 29 October 2012. It was classified as a category 1 hurricane before hitting Jamaica and by the time it reached Cuba it was a category 3 hurricane. However, before reaching southeastern United States it weakened and by the time it hit northeastern United States it was an extra tropical storm. Major storm surge records with extensive damage happened during this hurricane along New England. Inundation up to 9 feet above ground level was observed along large portions of the New Jersey, New York, Connecticut, Rhode Island, and Massachusetts coast. Maximum sustained winds up to 83 knots were recorded during this Hurricane in the United States. There was a total of 72 fatalities in the United States with about $50 billion property damage, making Sandy the second-costliest cyclone to hit the United States since 1900 [NOAA, 2013]1. 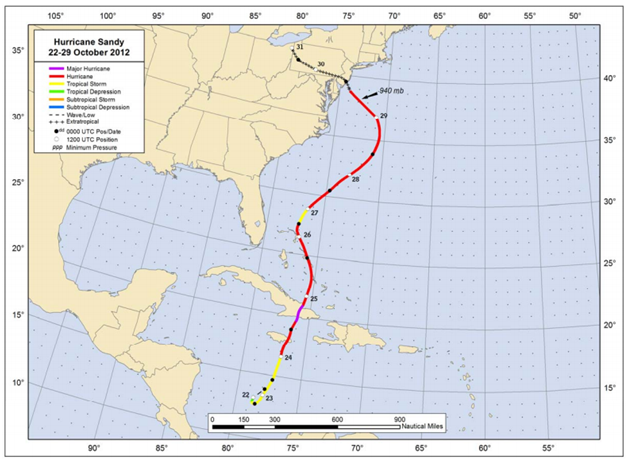