Hurricane Frances occurred between 25 August and 8 September 2004. It reached a peak intensity of category 4 on the Saffir-Simpson Hurricane Scale. It affected the Bahamas as a category 3 hurricane and the Florida east coast as a category 2 hurricane. Frances produced notable storm surges along both the Atlantic and Gulf coasts of Florida. The highest measured storm surge was 5.89 feet above mean sea level on the Florida east coast at the St. Lucie Lock. The National Weather Service Melbourne Weather Forecast Office (WFO) estimated storm surge at 8 feet near Vero Beach and 6 feet around Cocoa Beach. Maximum sustained winds up to 74 knots were recorded during this Hurricane in the United States. There was a total of 6 fatalities in the United States with about $9 billion property damage [NOAA, 2004]1. 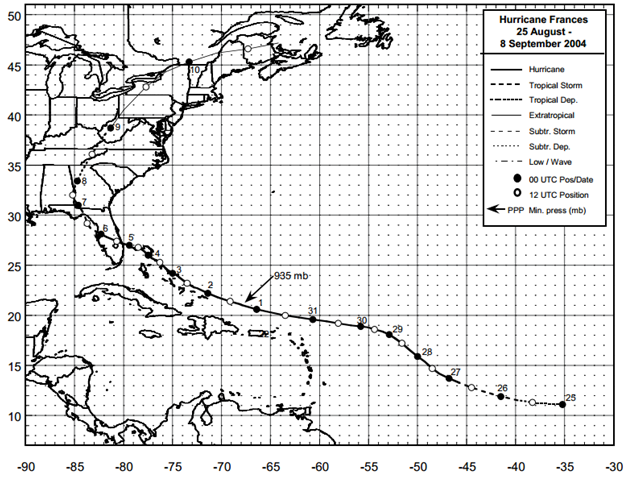