Hurricane Ivan occurred between 2 and 24 September 2004. It reached Category 5 strength three times on the Saffir-Simpson Hurricane Scale. It made landfall as a 105 knots hurricane (category 3) just west of Gulf Shores, Alabama. Storm surge of 10-15 feet occurred along the coasts from Destin in the Florida panhandle westward to Mobile Bay/Baldwin County, Alabama. Storm surge values of 6-9 feet were observed from Destin eastward to St. Marks in the Florida Big Bend region. Lesser values of storm surge continued east and southward along the Florida west coast with 3.5 feet reported in Hillsborough Bay/Tampa Bay. Maximum sustained winds up to 76 knots were recorded during this Hurricane in the United States. There was a total of 25 fatalities in the United States [NOAA, 2005]1. 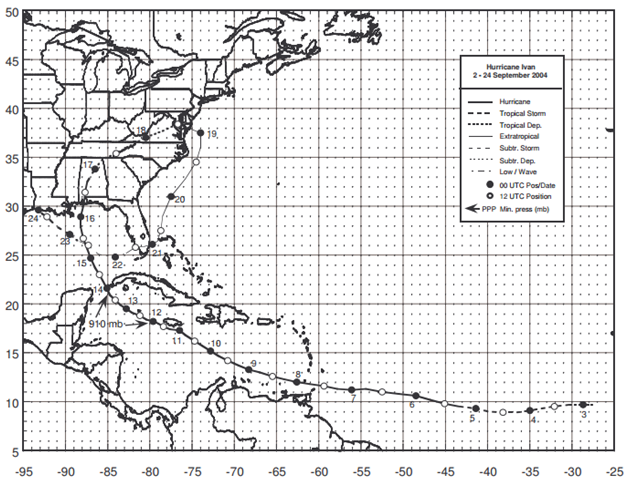