Hurricane Ike occurred between 1 and 14 September 2008. It peaked as a Category 4 hurricane over the open waters of the central Atlantic. It made landfall along the upper Texas coast at the upper end of Category 2 intensity. Inundation up to 13 feet above ground level was observed along large portions of the Texas, Louisiana, Mississippi, Alabama and Florida coast. Maximum sustained winds up to 83 knots were recorded during this Hurricane in the United States. There was a total of 21 fatalities in the United States with about $12.5 billion property damage [NOAA, 2009]1. 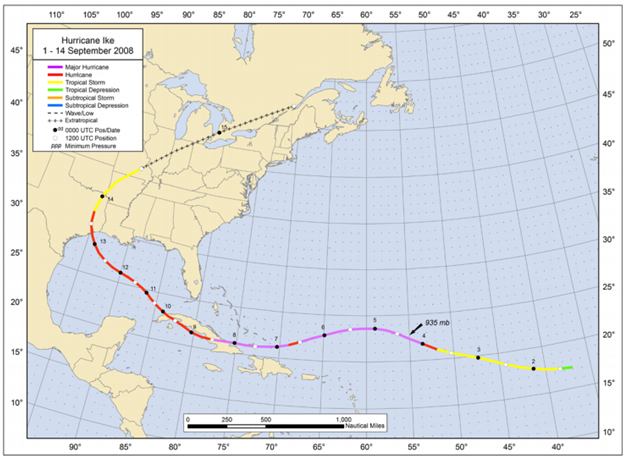