Hurricane Rita occurred between 18 and 26 September 2005. It reached Category 5 strength over the central Gulf of Mexico. It weakened prior to making landfall as a Category 3 hurricane near the Texas/Louisiana border. Rita produced significant storm surge that devastated coastal communities in southwestern Louisiana, and its winds, rain, and tornadoes caused fatalities and a wide swath of damage from eastern Texas to Alabama. Additionally, Rita caused floods due to storm surge in portions of the Florida Keys. Inundation up to 15 feet above ground level was observed along large portions of eastern Texas to the Florida coast. Maximum sustained winds up to 71 knots were recorded during this Hurricane in the United States. There was a total of 7 fatalities in the United States with about $12.04 billion property damage [NOAA, 2006]1. 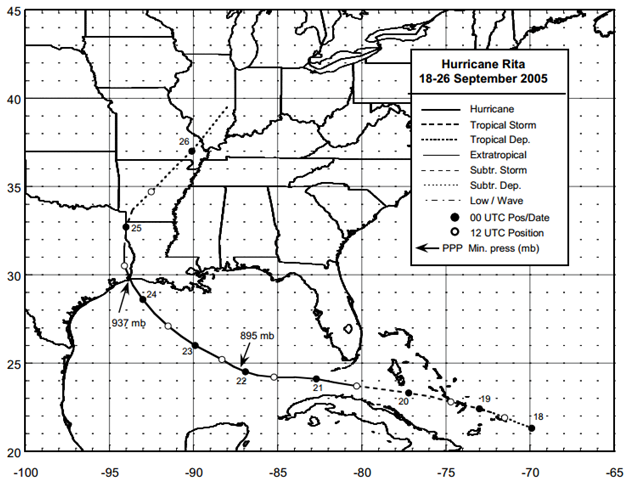