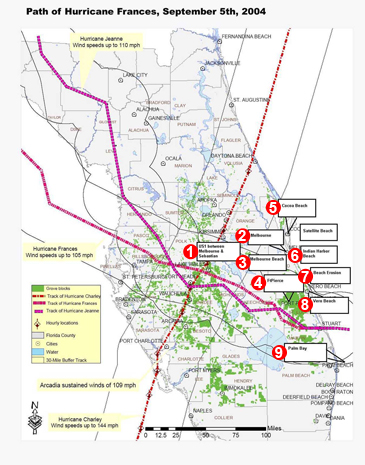 Hurricane Frances was the sixth named storm, the fourth hurricane, and the third major hurricane of the 2004 Atlantic hurricane season. Frances then passed over the central sections of the state of Florida in the U.S. only three weeks after Hurricane Charley, causing significant damage to the state's citrus crop, closing schools and canceling a football game. The storm then moved briefly offshore Florida into the northeast Gulf of Mexico and made a second U.S. landfall at the Florida Panhandle before accelerating northeast through the eastern United States near the Appalachians into Atlantic Canada while weakening.

#US1 Between Melbourne and Sebastian 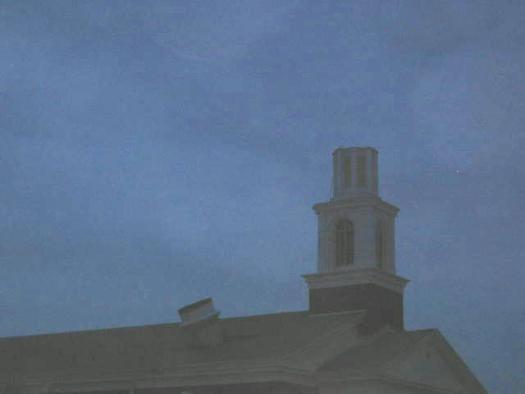