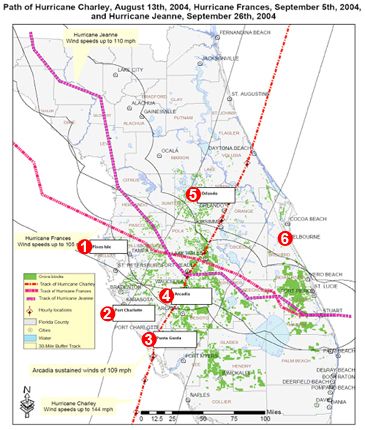 Hurricane Charley was the third named storm, the second hurricane, and the second major hurricane of the 2004 Atlantic hurricane season. Charley lasted from August 9 to August 15, and at its peak intensity it attained 150 mph (240 km/h) winds, making it a strong Category 4 hurricane on the Saffir-Simpson Hurricane Scale. The storm made landfall in southwestern Florida at maximum strength, thus making it the strongest hurricane to hit the United States since Hurricane Andrew struck Florida twelve years before, in 1992.