Our group's research is currently centered on the CMS experiment and the RD51 micropattern gas detector collaboration at CERN (Geneva, Switzerland) and on Tracking R&D for a future Electron-Ion Collider in the US. In CMS we have been doing Higgs physics in the tau tau channel and are now preparing for dark matter searches. We are also helping with preparing the muon upgrade of the detector for the high-luminosity LHC (see photo below). In our labs on the Florida Tech campus we do particle detector R&D on Gas Electron Multipliers (GEM) including for a Muon Tomography project. We operate a state-of-the-art Linux cluster with 180 CPU cores and 100TB of mass storage as a Tier-3 Grid cluster on the Open Science Grid from our local CMS T3 Center. Our group participates in the national Quarknet education and outreach program by offering technical expertise to local physics high school teachers and students for a Cosmic Ray Muon Project.

Look around this site to learn more about our research and about our team! 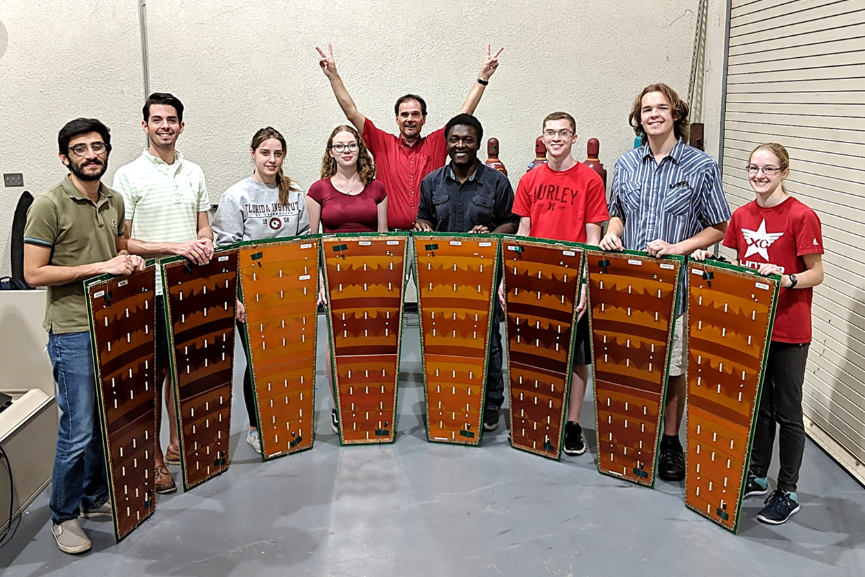 Successful completion of our mass production of GEM chambers for the CMS GE1/1 forward muon upgrade. These chambers will be installed in the CMS detector in summer 2019. Mehdi, Stephen, Jacqui, Sarah, Dr. Hohlmann, Jerry, John, Michael, and Samantha. 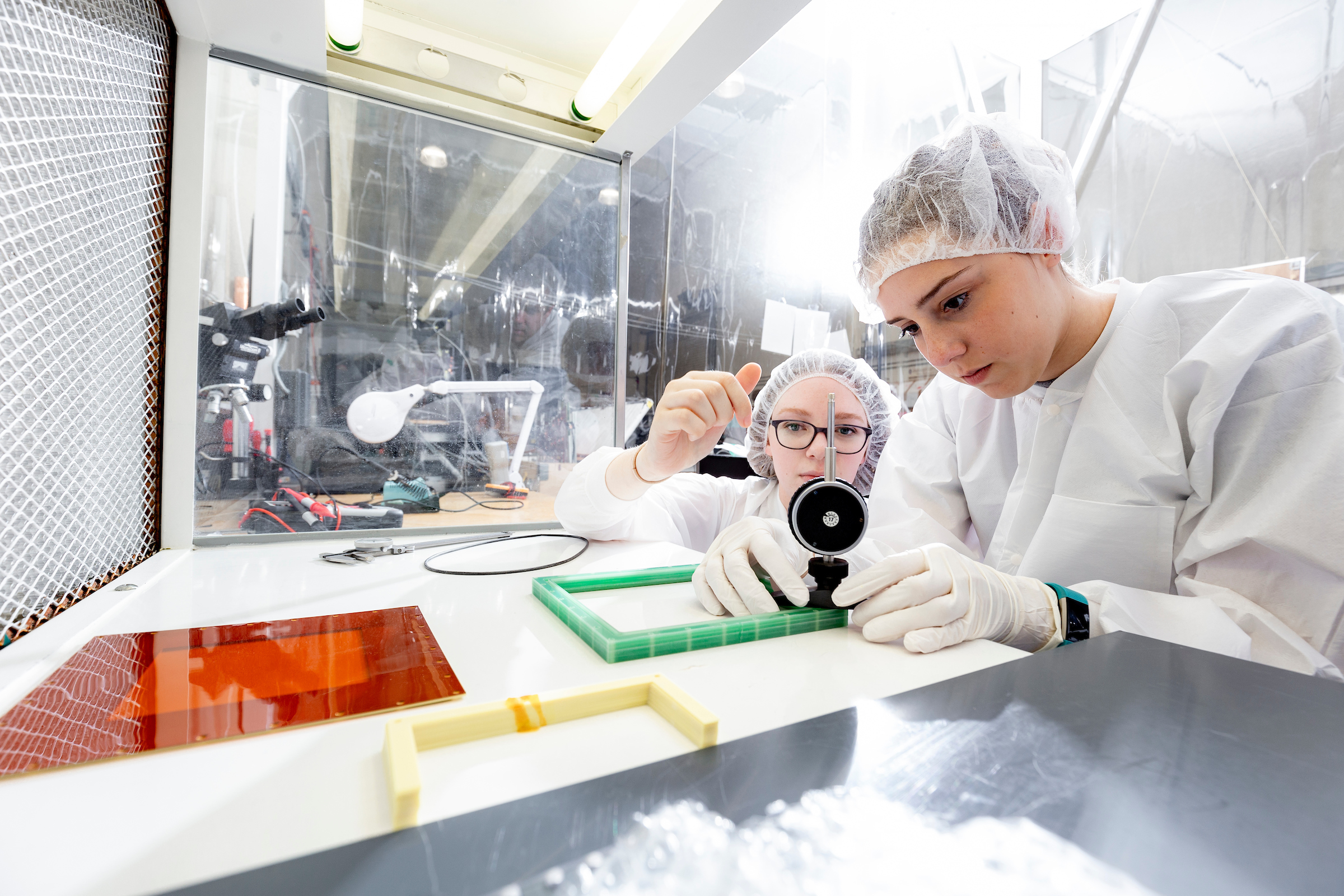 HEP undergraduates Sarah and Jacqui preparing a micro-RWELL detector for assembly in our cleanroom. 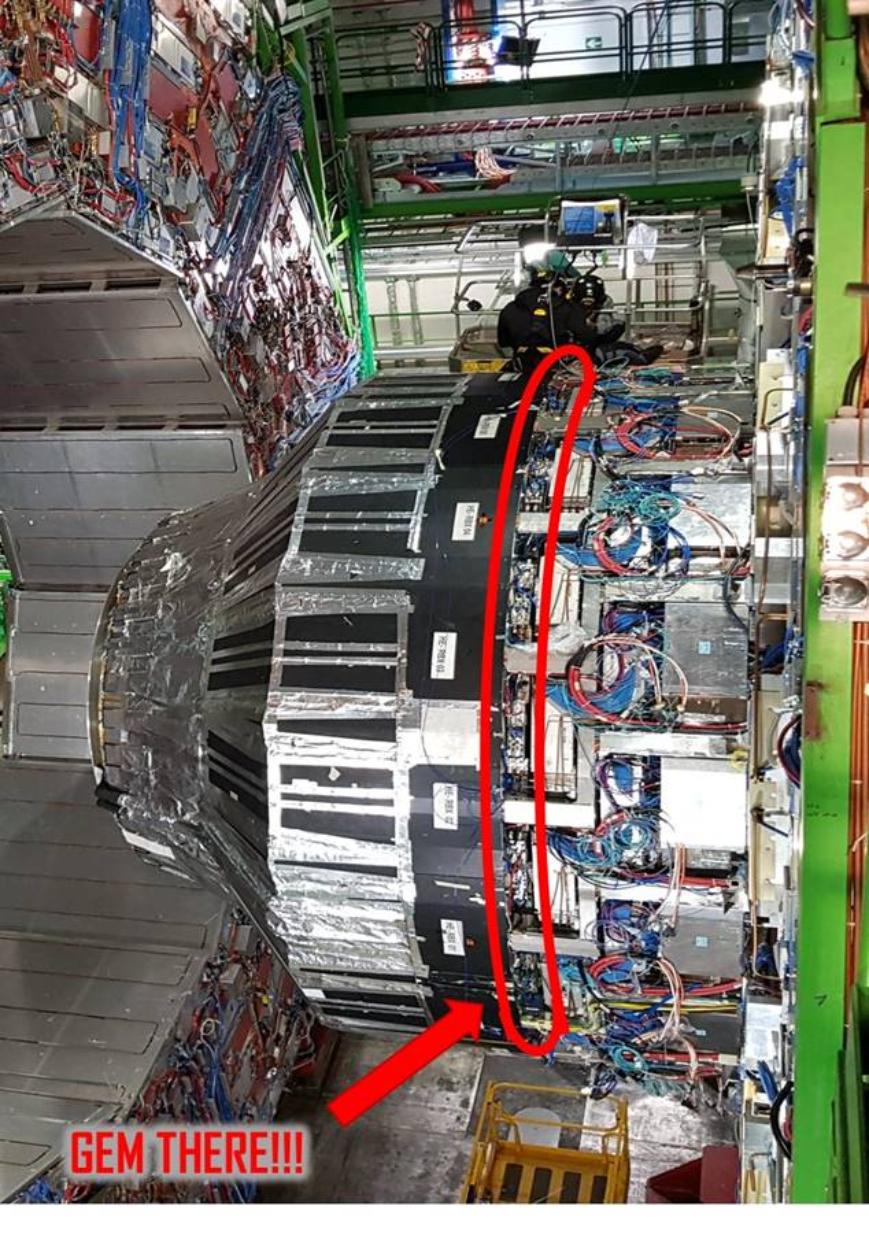 GE1/1 GEM detectors installed in the endcap nose of the CMS experiment at CERN.

Our HEP Group (click on the photos to learn more) 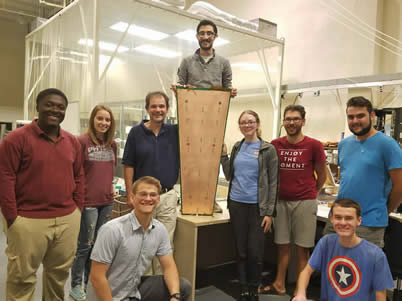 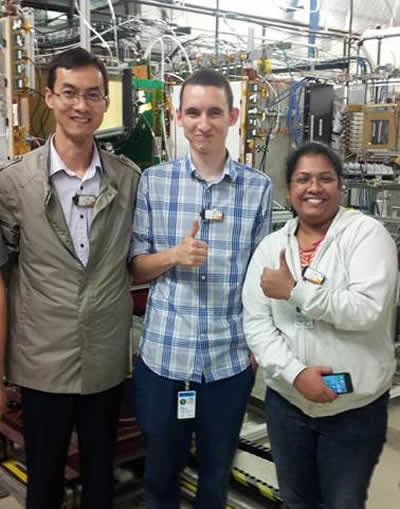 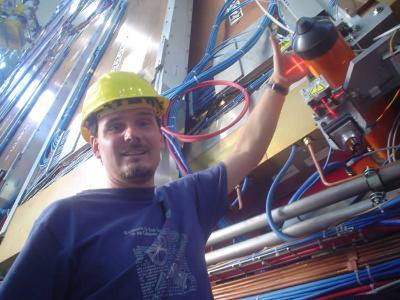 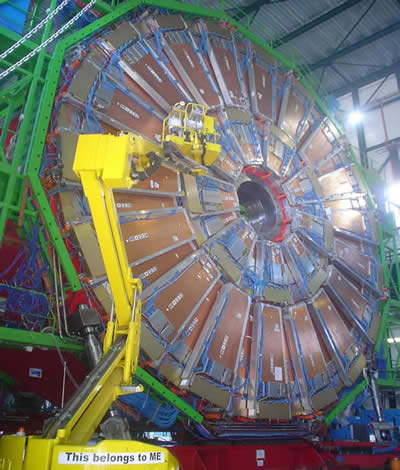 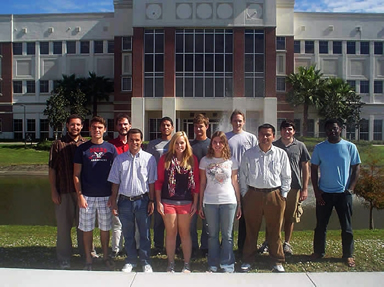 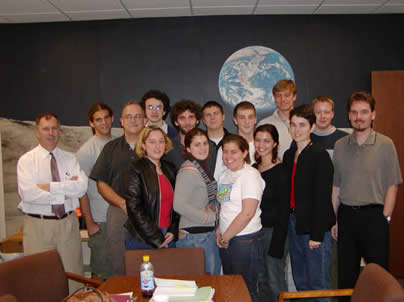 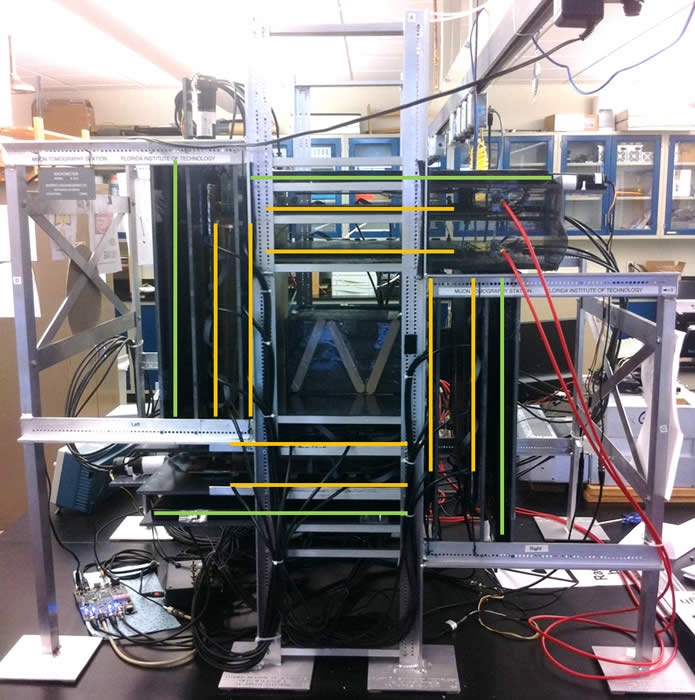