The Impact of Climate Change on Mountain Glaciers

Recent climate changes have had widespread impacts on human and natural systems. These impacts include global sea level rise; shrinking glaciers; ocean acidification; changes to hydrologic cycles; smaller crop yields; more heat waves, droughts, and floods; and numerous other changes to natural and biological systems, including the extinction of some species. This research project focuses on the impacts of a changing climate on mountain glaciers. Glacial ice covers over 15 million square kilometers across the globe, with one percent of that area being contained in mountains. Because of their global domain, mountain glaciers provide excellent evidence of climate change both regionally and globally. Glaciers are particularly sensitive to changes in temperature and precipitation. This makes glaciers excellent probes of climate change and historical variations in the extent of mountain glaciers give insight into natural and forced changes of these bellwethers of the climate.

We implement the regression model using R (from polar coordinates) where response is glacier terminus and climate factors including precipitation, global air temperature data, sea level, and sea surface temperature are independent variables. We will study periods of glacier recession and glacier advancement and their potential correlations with the climate change and we use the model for predicting the glacier change for future years.

Landsat images of Franz Josef corresponding to different date, where the glacier path is clear in the left, is partially occluded with shadows in the middle, and is occluded by clouds in the right. 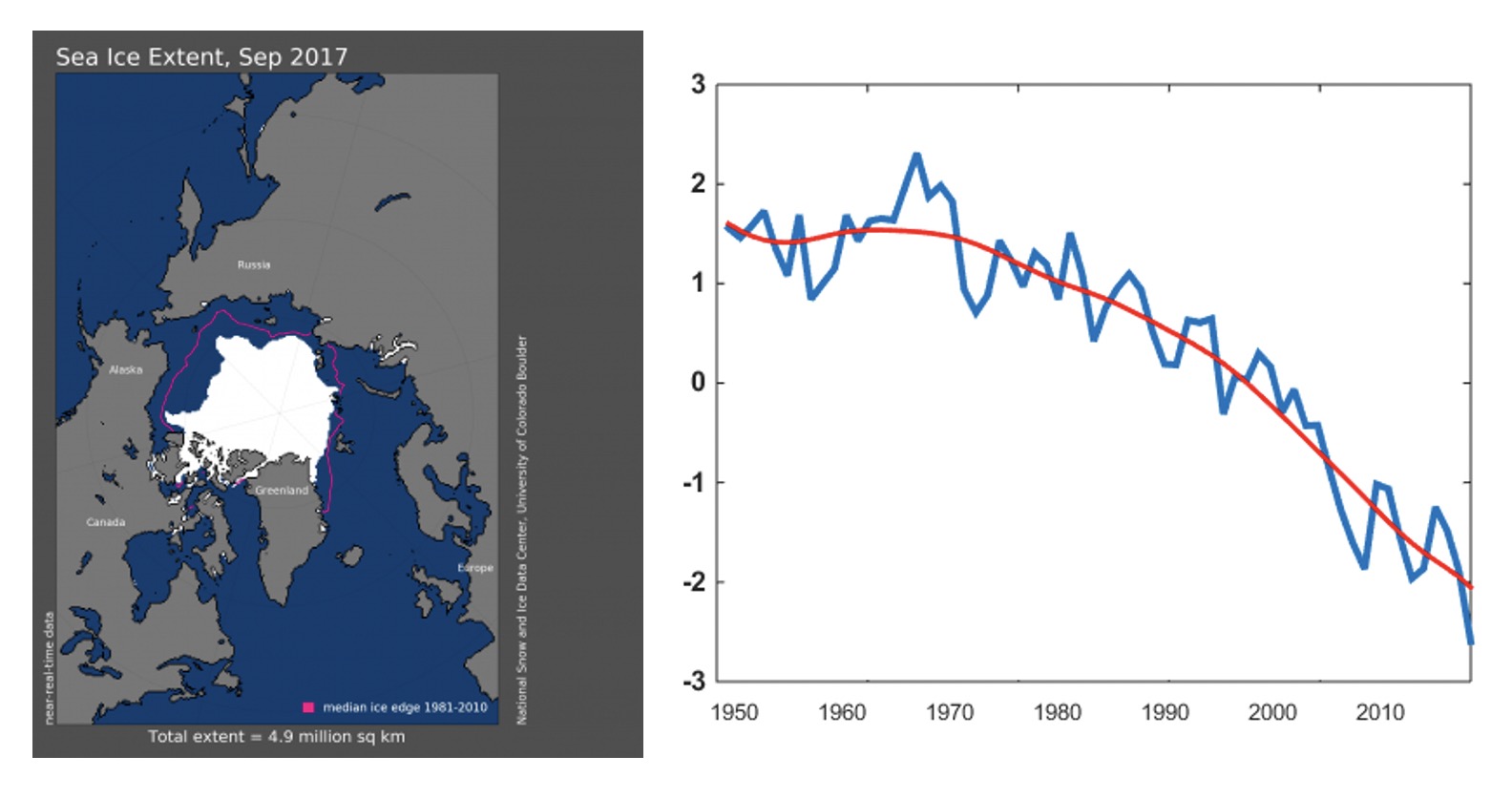 Oyster reefs are known to provide many benefits to coastal ecosystems, one of which is their ability to filter large volumes of water. This process removes suspended particulates from the water column, including harmful algal species, and improving water clarity. Oyster populations throughout our local estuary, the Indian River Lagoon (IRL) have also decreased as a result of overharvesting, habitat degradation, and low salinity. In addition to oysters, there are other benthic organisms (e.g. barnacles, sponges, sea squirts) present within the IRL that have the ability to filter water.

In 2013, the Living Docks program was started at Florida Tech to promote the settlement of filter feeding benthic organisms to oyster mat substrates affixed to dock pilings in an order to help improve water quality. As Living Docks are implemented throughout the IRL, it is important to understand the impact these systems are having, especially when the IRL (and other coastal ecosystems) are faced with algal blooms that are increasing in number and abundance. The objectives of this project are to 1) compare the benthic community composition at several Living Dock locations in the IRL, 2) predict the filtration rates of a whole Living Dock community (e.g. oysters, barnacles, sponges, tunicates, etc.) at these locations, and 3) determine the tolerance of the benthic communities to algal bloom conditions.

Impact of Climate Change on Ciguatera in Florida and Caribbean

Fishes have long been the main source of protein for coastal dwelling people in Florida and the Caribbean and have sustained human populations for millennia. Yet an exclusive reliance on fishes can be disastrous for a population when those resources become depleted, or inedible, particularly from ciguatoxins that make fishes poisonous. In Florida few people today rely solely on fishes in their diet, although there are hundreds of thousands of recreational fishers that consume fish. By contrast, thousands of people in the Caribbean still rely on fishes as a chief source of protein. Fishes can become toxic to human consumption when they inadvertently ingest dinoflagellates that contain ciguatoxins. Ciguatera poisoning effects on average about 250,000 people annually worldwide. Today the outbreaks of ciguatera poisoning remain elusive and moreover the underlying factors driving ciguatera in Florida and the Caribbean has not been rigorously tested. The goal of this research is to address this problem in relation with changing climate factors and develop relevant statistical methods for estimation of ciguatoxicity.

Right: Wavelet-coherence analysis of reef disturbances and cases of ciguatera poisoning (for Rarotonga in the Pacific Ocean (from Rongo and van Woesik 2013).

Left: Correlation of the annual mean of the high-frequency (>5.7 year) component with the detrended, annually resolved 1° by 1° globally gridded HADISST sea-surface temperature data over the common time period (1886-1993) where shading represents the strength of the correlation.

Global sea levels are rising at rates on average on the order of 3 mm/yr. The rising rate and its acceleration are alarming. Given that the world’s populations are concentrated along coastlines, investment in infrastructure, sustainability and eventual migration are becoming a significant part of the mitigation discussion. In the east coast of the US, these issues and problems that will be particularly acute given 2069 miles of the Atlantic coastline and 28,673 miles of the tidal shoreline. For example, in Florida, estuaries such as the Indian River Lagoon, Barrier islands, Florida Bay, and the Everglades are just a few of the vulnerable ecosystems that will be impacted with virtually all of Florida’s 21 million residents affected either directly or indirectly such as pressure-head related effects which will lead to increased inland flooding and saltwater intrusion. Given that most of Florida’s population lies in coastal counties, the projected economic impacts are substantial.

The goal of this project is to discover the global linkage between a warming planet and sea level rise. We develop a model to study the relation between sea level change (response) and climate factors (independent variables) by incorporating historical data and local measurements such as tide gauge. 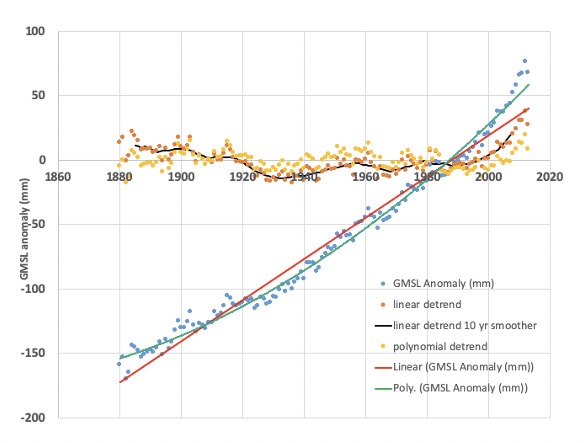