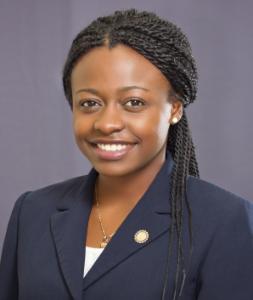 Faraz received his Bachelor’s degree from Urmia University of Iran and his Master’s degree from The Gazi University of Turkey, both in mechanical engineering. During his MSc program, he conducted research on simulation of heat transfer in microchannels by using nanofluids. He also has more than 7 years of experience as an HVAC systems design engineer in the industrial projects in Turkey. He will begin his PhD at Florida Tech in Spring 2021 and his research will focus on the enhancement of performance of adsorption based HVAC systems through microchannel technology.

Nitish graduated with a Bachelor of Science in Aerospace Engineering from Florida Institute of Technology, Melbourne, Florida in May 2020. He in proficient in Engineering design, 3-D modeling and simulations and project management. He was the Propulsion Engineer for the Peregrine 2 Project, where he developed and designed the fuel tank and fuel line set up for the smooth flow of jet fuel. He was also invovled in the the design and construction of engine test stand and experiments to determine the aerodynamics forces. Previously he worked as Junior Project Engineer at a Stone Crusher in India where his work was setting up and maintaing jaw crushers machines. At the Energy Systems Lab, his work involves modeling and simulation of direct air capture of carbon dioxide. More information about his work and portfolio can be found here.