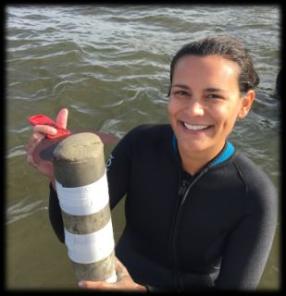 Research Summary: My research focuses on combining paleoecological analyses with modern ecological data to assess how coral-reef ecosystems respond to changes in climate. Paleoecological analyses provide an opportunity to extract predictive trends from past relationships between environmental parameters and ecosystem change, allowing us to project the responses of ecosystems to anthropogenic impacts. Foraminifera have been used as indicators of environmental conditions past and present. In my master’s-thesis research, I used Foraminifera as bioindicators of ecosystem health in the Indian River Lagoon, Florida. Now I am studying the assemblages of Foraminifera in cores of coral-reef frameworks from the the Pacific coast of Panamá. By using ecological, geochemical, and paleoenvironmental tools I aim to identify long-term relationships between reef health and environmental conditions. 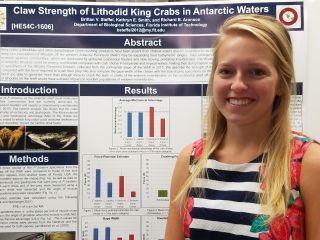 My research focuses on the ecological impacts of climate change on benthic invertebrates in Antarctica. Shell-crushing predators have been absent from the Antarctic continental shelf for tens of millions of years. As waters are warming rapidly off the western Antarctic Peninsula, however, king crabs (Lithodidae) appear to be invading shallower depths. This invasion could restructure the endemic communities of the seafloor, which are dominated by sessile and slow-moving invertebrates. Because calcification rates are low in polar waters, the chelae of Antarctic king crabs could be weakly constructed compared with crab chelae from lower latitudes, limiting the potential for predation on the Antarctic shelf.

I began my research in the Marine Paleoecology Lab as a Florida Tech undergraduate by mapping the abundance and distribution of king crabs, sea stars, sea urchins, and snails off the western Antarctic Peninsula using image analysis. I also estimated the potential force of king-crab chelae to better understand the impact they could have on the Antarctic shelf. I am now comparing the potential forces generated by Antarctic king crabs with the forces their prey are able to withstand, and with the potential forces generated by crabs at temperate latitudes. I am also comparing the thickness and amount of calcium in the crab exoskeletons to understand the role of calcification in the predation at different latitudes. My research will help assess potential ecological impacts as king crabs expand their range into shallower waters. 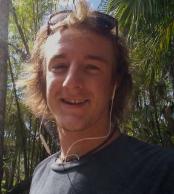 I have not yet decided on what my research project will be, but volunteering in the Marine Paleoecology Lab has sparked my interest in the degradation of coral reefs and how it affects the constituent species. I have always been enamored of nature and particularly fascinated by marine ecosystems. For this reason, I wanted to start working in the lab my first semester. This is my first year at Florida Tech, so time will tell where I choose to devote my research! 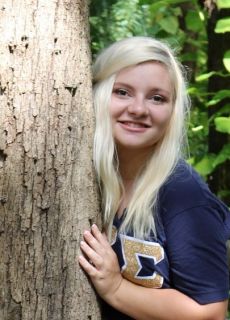 My research focuses on comparing the abundances of coral-reef invertebrates in different locations off the Pacific coast of Panama through time. As coral-reef systems continue to suffer from warming waters and El Niño events, understanding how benthic systems react to changing sea-surface temperatures, upwelling, and subaerial exposure is key to deciphering the short-term and long-term relationships between environmental conditions and reef faunas. I previously examined changes in coral growth through image analysis. I am currently examining encrusting invertebrates on settlement disks to determine the relative abundances of broad taxonomic groups. By using image analysis again, I aim to identify patterns in abundance under different environmental conditions. 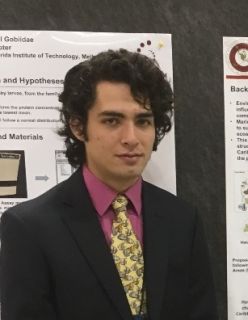 My research interests focus on determining how ecologically important organisms on coral reefs interact with their environment. For instance, Diadema mexicanum is a sea urchin species known for being an active macroalgae grazer in coral reefs of the Eastern Tropical Pacific as well as an important bioeroder. During my undergraduate research, I assessed the population densities of D. mexicanum in the gulfs of Chiriquí and Panamá to determine how they impact the health of the reefs. With this data, I have been developing a statistical model to explain this relationship and explore if D. mexicanum can be used as a predictor to the response of macroalgal cover in these reefs.