Welcome to the Marine Paleocology Lab 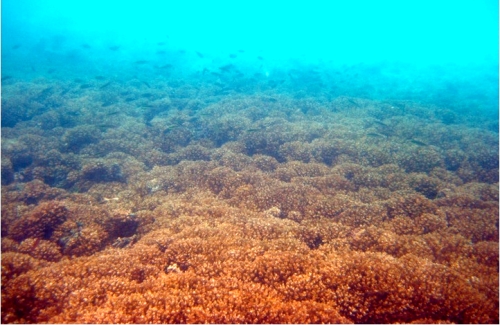 The paleoecology research program combines paleontology and ecology to reconstruct the response of marine communities to environmental changes in deep time. We bring this information to bear in predicting the impacts of climate change on modern biotas and the communities they comprise. Our primary focus is on coral reefs and subtidal communities in Antarctica. The plants and animals living at the latitudinal extremes of the tropics and the poles are quite different, of course, but they share a key characteristic: they have very narrow ranges of environmental tolerance. Because tropical and Antarctic seas experience little in the way of seasonal temperature variation, most marine species in both zones are adapted to those narrow ranges, making them highly vulnerable to climatic warming. Indeed, the ecological impacts of climate change are being seen earliest and most clearly in the tropics and at the poles.

One of our primary areas of research is focused on the Eastern Tropical Pacific (ETP). This region was hit by a severe El Niño event in 1982–1983 that wiped out vast populations of the dominant branching coral Pocillopora damicornis. We cored reefs across the region to determine whether that coral mass mortality was a unique historical event, or whether similar coral kills occurred in the past. Our cores revealed a surprising 2500-year hiatus in vertical growth beginning ~4100 years ago as a result of enhanced activity of the El Niño–Southern Oscillation (ENSO).

Now, we are returning to the ETP to determine whether oceanographic variability in the ETP affects the condition of local coral populations. We can then combine our insights from the living coral populations with data from the paleoecological research to infer what past conditions were beneficial or inimical to coral growth and reef building.

This research is supported by the U.S. National Science Foundation.