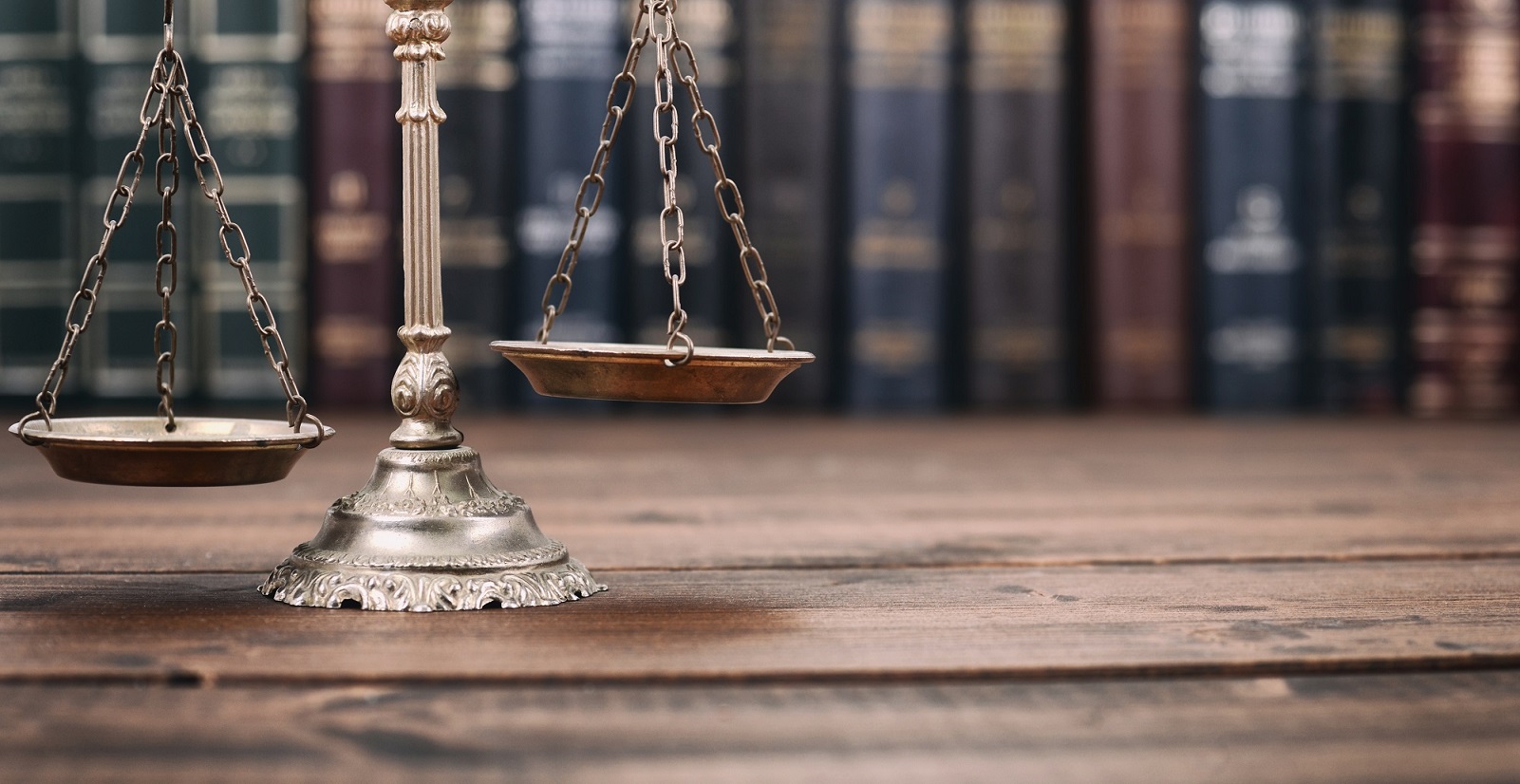 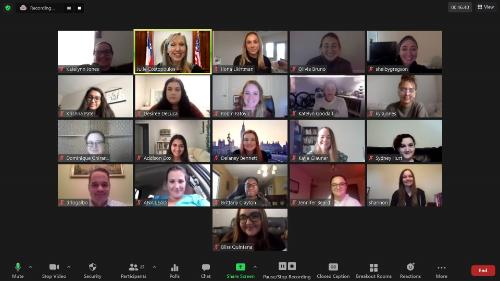 The Forensic and Neuropsychology student groups came together with Dr. LoGalbo and Dr. Costopoulos to hold a mock trial. Real opposing expert reports (redacted) were used as the basis of a competency hearing. Students testified as experts and questioned opposing team members as cross-examining attorneys. It was a lot of fun and a great opportunity to get comfortable with courtroom procedure! 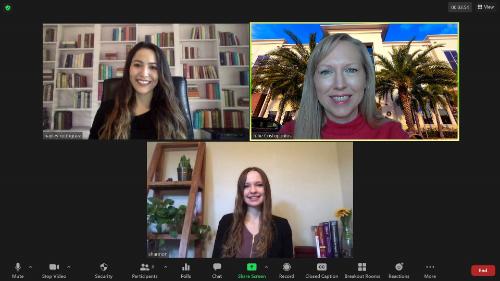 The new practicum, Court Assessment Team, has wrapped for the semester.  We are now steadily receiving referrals from the Circuit Court to evaluate defendants for competency to proceed. The practicum students have had opportunities to conduct clinical interviews, administer forensic assessments, and ask questions regarding the legal criteria, in both the jail and the courthouse. The practicum includes collaborative writing, with students co-authoring the reports, and lots of supervision meetings for differential diagnosis and case conceptualization. Didactic topics discussed include landmark cases and relevant Florida Statute. We are already under subpoena to testify in one case, and another referral is waiting for us to start again in January. We are looking forward to another semester! (Photo left to right: Hayley Rodriguez, Julie Costopoulos, Shannon Cantalupo) 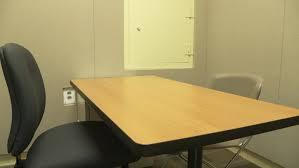 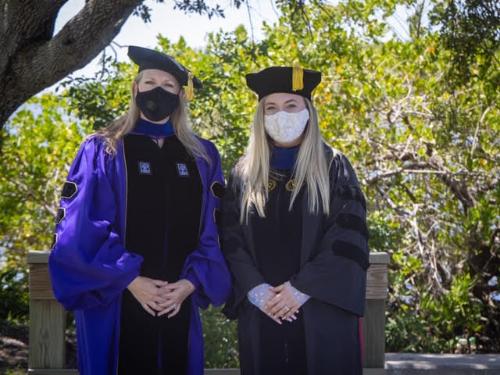 A big congratulations to Bethany Wellman, doctoral student from West Virginia who graduated after completing internship at Northeast Florida State Hospital. Bethany’s hooding ceremony was touching and memorable. We were able to hold speeches and a ceremony with the addition of masks and social distancing. Bethany accepted a position at Western State Hospital in Virginia.

Forensic research team members, Symone McLaughin, M.A., and Robert Ryan, M.A., presented on “Cultural Competence: Understanding Drug Slang and Gang Terminology” during this Forensic Psychology Students in Training (FPST) meeting. This presentation involved examining the research behind the importance of understanding drug and gang culture and how it relates to their practice within forensic psychology. Following this presentation, graduate students involved in FPST participated in a discussion and an interactive activity that tested their ability to understand this topic's terminology. 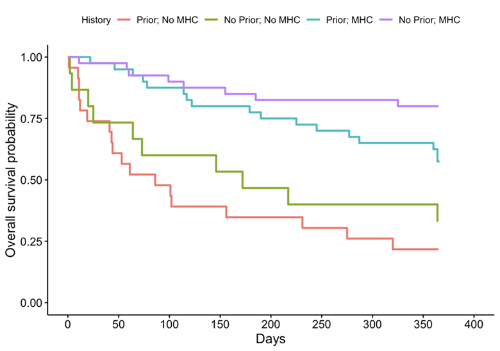 Dr. Costopoulos, team alumni Dr. Swanson, and colleagues have published, “The Impact of Substance Arrests on the Efficacy of Mental Health Court” in the journal of Psychological Injury and Law. This study examined if mental health courts (MHC) are effective for the large number of clients with mental illness who abuse substances. It was found that for those participants with a substance arrest history, graduating MHC was associated with less rearrests in general, less substance rearrests, and less severe rearrests than their non-graduating comparison group. Findings suggest that MHC has a significant impact even on those with co-occurring disorders. 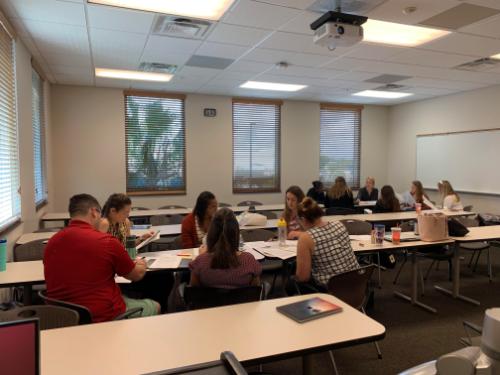 Graduate students involved in Forensic Psychology Students in Training (FPST) participated in a mock trial to gain practice and exposure to forensic legal proceedings. Students took on the roles of the defense attorney, the prosecution attorney, and experts in competency while Dr. Costopoulos acted as the judge. Students were split into two groups and provided a court case. Within 30 minutes each group had to prepare and defend their position in court. As a group, we discussed the strengths and limitations of the case and the role of the psychologist in the courtroom. 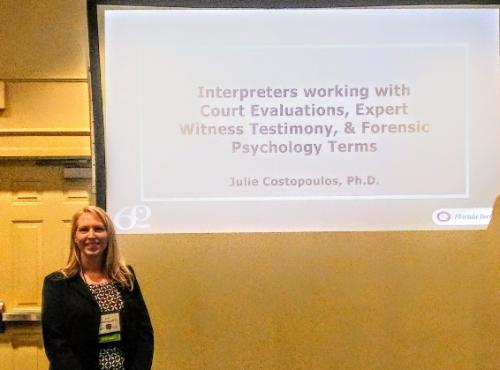 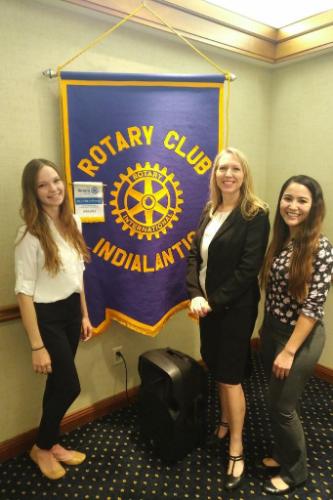 Shannon Cantalupo, Dr. Julie Costopoulos, and Hayley Rodriguez (from left to right pictured above) presented to the Indialantic Rotary Club on the success of mental health court in Brevard County. This presentation provided an understanding of the difficulties those with suffering from a mental illness face in our society.  They focused on the goals and successes of Mental Health Court on reducing recidivism rates at 1-year, 5-years, and 10-years post-release.

A study by Dr. Costopoulos appeared in April in the Journal of Forensic Psychology Research and Practice titled “Aggression in an Inpatient Psychiatric Facility: A Retrospective Longitudinal Study.” It evaluated the risk factors for aggression in an inpatient psychiatric facility over 8 years. Risk factors for increased aggression included of diagnosis of Borderline and Antisocial Personality Disorders, legal statuses of involuntary civil and pretrial forensic patients. 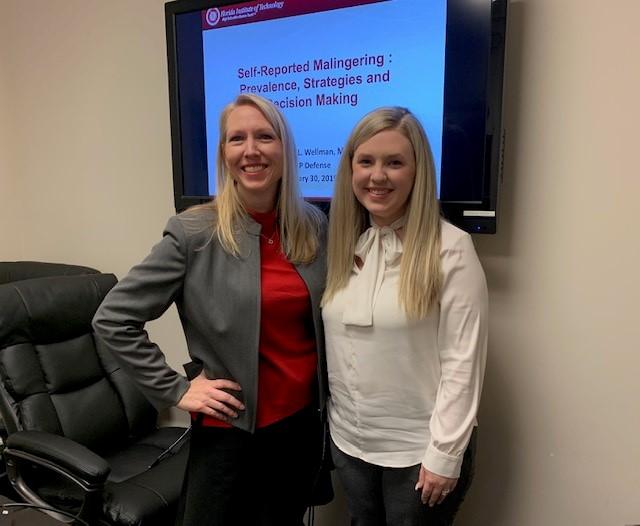 Bethany Wellman (pictured above), a member of our research team, defended her research on self-reported prevalence rates and decision making for malingering. In her community sample of adults, 50% self-reported malingering, primarily to avoid work or social obligations. When given a high stakes criminal scenario, only 8.5% believed they would attempt to malinger to avoid criminal conviction. In higher stakes, participants reported choosing symptoms that they had greater knowledge of, emphasizing how decision-making strategies change with the risk or reward. 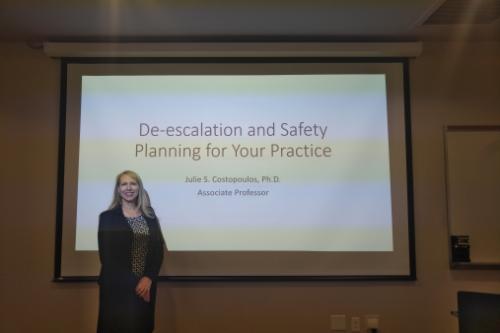 Dr. Costopoulos (pictured above), presented to the Florida Psychological Association on De-escalation and Safety Planning. This presentation focused on techniques psychologists can utilize when an imminent threat is present. She also targeted how to prevent putting yourself and others in dangerous situations and the importance of being skeptical and confrontational in your clinical treatment. As many as 50% of psychologists have been assaulted during their professional career. The objective of this presentation was to implement this information to prevent these assaults from occurring.

Graduate students involved in Forensic Psychology Students in Training participated in a mock trial in order to gain practice and exposure to forensic legal proceedings. Students took on the roles of the defense attorney, the prosecution attorney, and experts in competency while Dr. Costopoulos acted as the judge. Students utilized a court case to prepare and defend their position in court. As a group we discussed the strengths and limitations of the case and the role of the psychologist in the courtroom.

MSG John D. Stafford, a Senior Military Science Instructor, presented to The Forensic Psychology Students in Training (monthly seminar for forensic clinical students) on safety in secure settings. Sergeant Stafford has trained personnel all over the world on strategies to implement in their facilities that will increase their well-fare and protection. He provided insight on small changes we can make every day to keep ourselves safe.

Dr. Costopoulos presented to the Forensic Psychology Students in Training (monthly seminar for forensic clinical students) on the Keys to Interviewing. The purpose of this presentation was to prepare graduate students for success during their internship application process. She discussed the training experiences forensic students should aim for, how to prepare for internship interview day, and how to make yourself a marketable candidate. 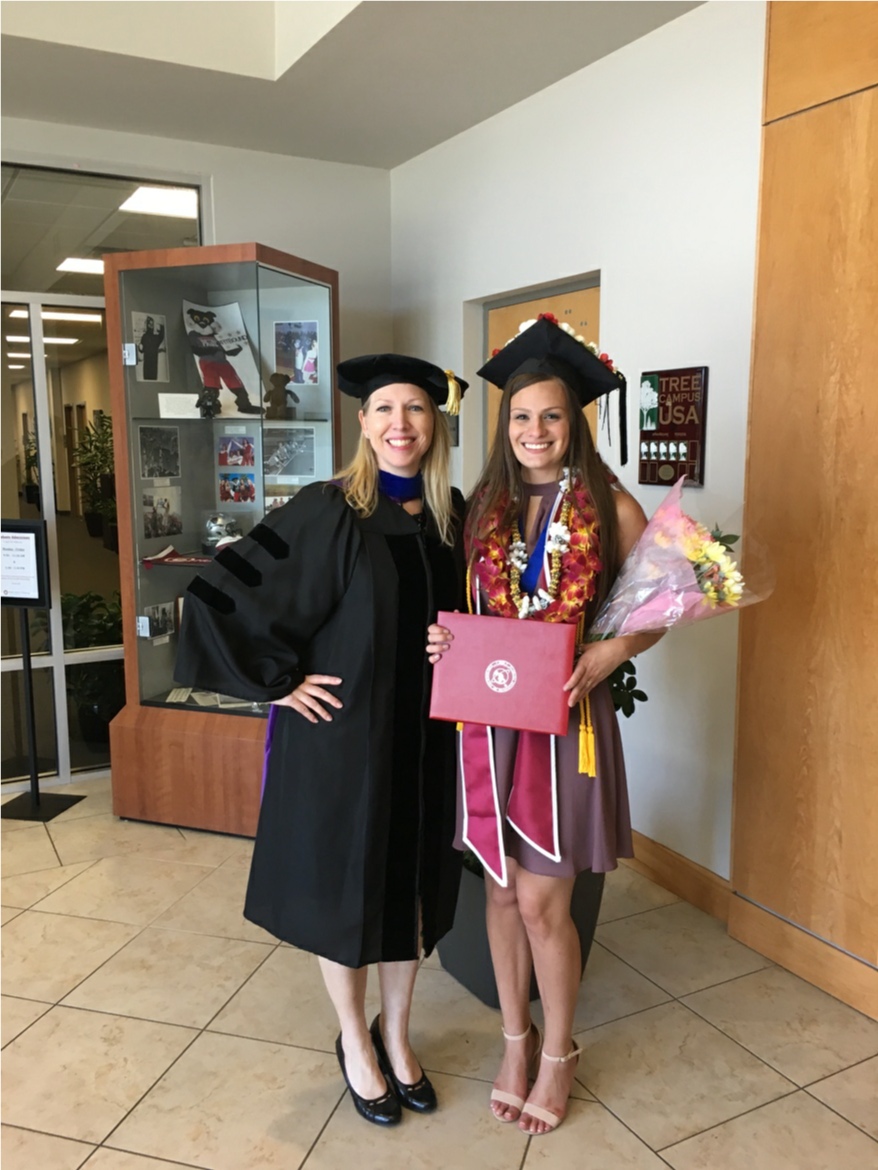 A big congratulations to our work study student from New York and a member of our forensic clinical research team, Kadie Lombardo. Kadie graduated on May 5th with a Bachelor’s Degree in Forensic Psychology. We excited to see what she does next! 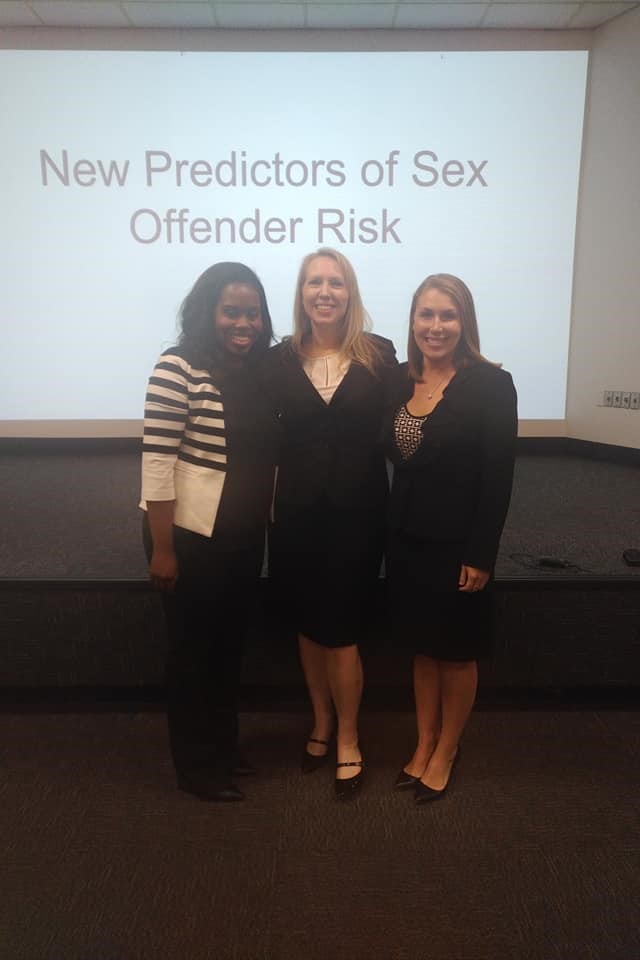 Dr. Costopoulos (middle), along with two team members, Lauren Price (left) and Chelsea Bennett (right), presented at the annual training of Florida’s Sexually Violent Predator evaluators in Tallahassee, FL. They discussed research conducted from 2012 to 2018 regarding sex offender recidivism. The entire team assisted with collecting the hundreds of studies, summarizing research findings, and developing the presentation.  The objectives of this presentation were to summarize recent research on recidivism risk in sexual offenders, and compare predictive factors that are emerging and those with significant support.

“Lessons Learned” was the topic of an extremely beneficial meeting for the Forensic Psychology Students in Training (monthly seminar for forensic clinical students). This meeting was held by fourth years in our program who just finished the interview process for internship and came to share their experience with us. They provided the members of FPST with helpful insight on what to expect throughout the entire internship process and internship matching.

Drs. Farahat and Costopoulos published the article “Cultural impact on ethical values of Saudi Arabian students in the United States higher education system. Psychology and Education: An Interdisciplinary Journal.”  This study compared the beliefs about academic honesty in Saudi Arabian college students studying at home, those studying in the US, and US students studying at home.  The influence of family members, peers, and teachers differed between these groups.

Psychoanalytic Understanding of the Origins of Sexual Violence

The Forensic Psychology Students in Training (monthly seminar for forensic clinical students) held a meeting to discuss the article “Psychoanalytic Understanding of the Origins of Sexual Violence”. Our discussion was led by one of the authors, Dr. Costopoulos. As a group, we reviewed the article and some of the mechanics for developing sexual violence in an individual.

If you are interested in reading this article, visit

Our condolences go out to the victims of the Parkland shooting and their loved ones. The media has widely reported that the alleged school shooter has a history of mental illness.  This warrants further discussion on the connection between violence and mental illness. Research suggests this connection is not as strong as believed by the general public.  Swanson et al. (2002) found that only 13% of their mentally ill population had inflicted violence on another person in the year prior to their study. Mulvey et al. (2008) examined the strength of the correlation between mental disability, substance abuse, and risk of violence. It was found that when a patient only consumed alcohol on a given day, the individual was 1.7 times more likely to commit an act of violence opposed to if he or she was sober. If the patient were to consume multiple substances, it was found that they were 3.4 to 7.1 times more likely to commit an act of violence. This points more strongly to the role of substance abuse contributing to people resorting to violence.  We are deeply saddened by the recent Parkland shooting, and hope it leads to a thoughtful discussion of empirically supported risk factors for this tragic incident.

If you are interested in reading this article, visit https://scholar.google.com/citations?user=0y5UQyYAAAAJ&hl=en

During this month’s meeting, the members of Forensic Psychology Students in Training (monthly seminar for forensic clinical students) participated in a lecture of the current views and applications of the Risk-Need-Responsivity Model.

The Forensic Psychology Students in Training (monthly seminar for forensic clinical students) discussed the role of femininity in the forensic realm, led by team member Bethany Wellman. We discussed the article “Forensic Psychology: Preparing Female Clinicians for Challenging Offenders” and expressed any challenges that one may face within forensic settings.

If you are interested in reading this article, visit

Costopoulos’s chapter in “Reflections on Academic Lives: Identities, Struggles, and Triumphs in Graduate School and Beyond” is released (Palgrave MacMillan). The chapter titled “Dissertation demystified” discussed the personal obstacles that often arise for students when trying to write a dissertation, and recommends some strategies for overcoming them.

Costopoulos and team member Bethany Wellman have published “The Effectiveness of One Mental Health Court: Overcoming Criminal History.” This article examines the role of criminal history on success in the Mental Health Court and after release. Costopoulos and Wellman found that Mental Health Court did assist in lowering recidivism rates among mentally ill offenders, regardless of their criminal record, which is a substantial finding for future treatment options. The findings of the article were featured in Florida Today, NPR, and many court websites.

To further read on this article, visit

This month’s meeting for the Forensic Psychology Students in Training,was led by Dr. Costopoulos and discussed actuarial risk assessment.

Dr. Costopoulos and team alumni Dr. Rock (2016) have published “Efficacy of an experiential career curriculum on professionalism.” This study examined the impact of latent shaping, self-monitoring, and career development exercises on professionalism in undergraduate students.

Dr. Baker (FIT Professor Emeritus) and Dr. Costopoulos have published a review of the book “Turning the Tide of Male Juvenile Delinquency: The ocean tides approach” by L.C. Grebstein and J.A. Van Wyk.  It was an excellent book as a model for delinquency treatment.